Today a friend and I planned a biking trip to visit the cemeteries and memorials of WWI around Ypres, Belgium, more or less the home of the legendary "Flanders' Fields." It was a great idea! The perfect, flat biking paths of Flanders. It's the 100th anniversary of WWI. I had the day off of work because of a Belgian holiday (Ascension, if you're curious). They even have a nice, 35k biking route planned out by the office of tourism in Ypres.

But somewhere along the way we realized that Ypres is only 16k from the Westvleteren Abbey/Brewery. Westvleteren is one of the 6 Belgian Trappist breweries, and it is famous for Westvleteren 12, occasionally referred to as The Best Beer in the World. Notoriously hard to buy, etc. etc. I had had this legendary beer once before, but still, it sounded like a great idea to me, since I had not yet visited a single Belgian brewery.

So our historical tour became a beer tour. It was definitely great, and I would do again. Here's the route we took:

It was nice and easy. Here's some advice if you're thinking about taking the trip yourself: 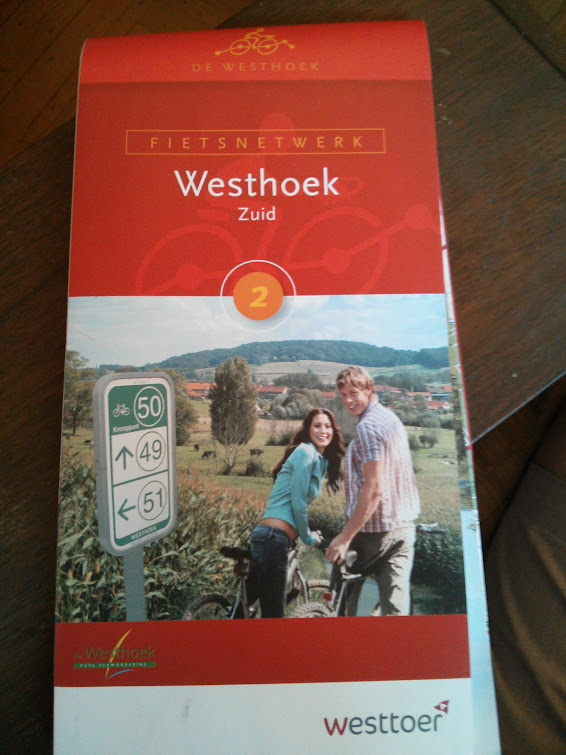 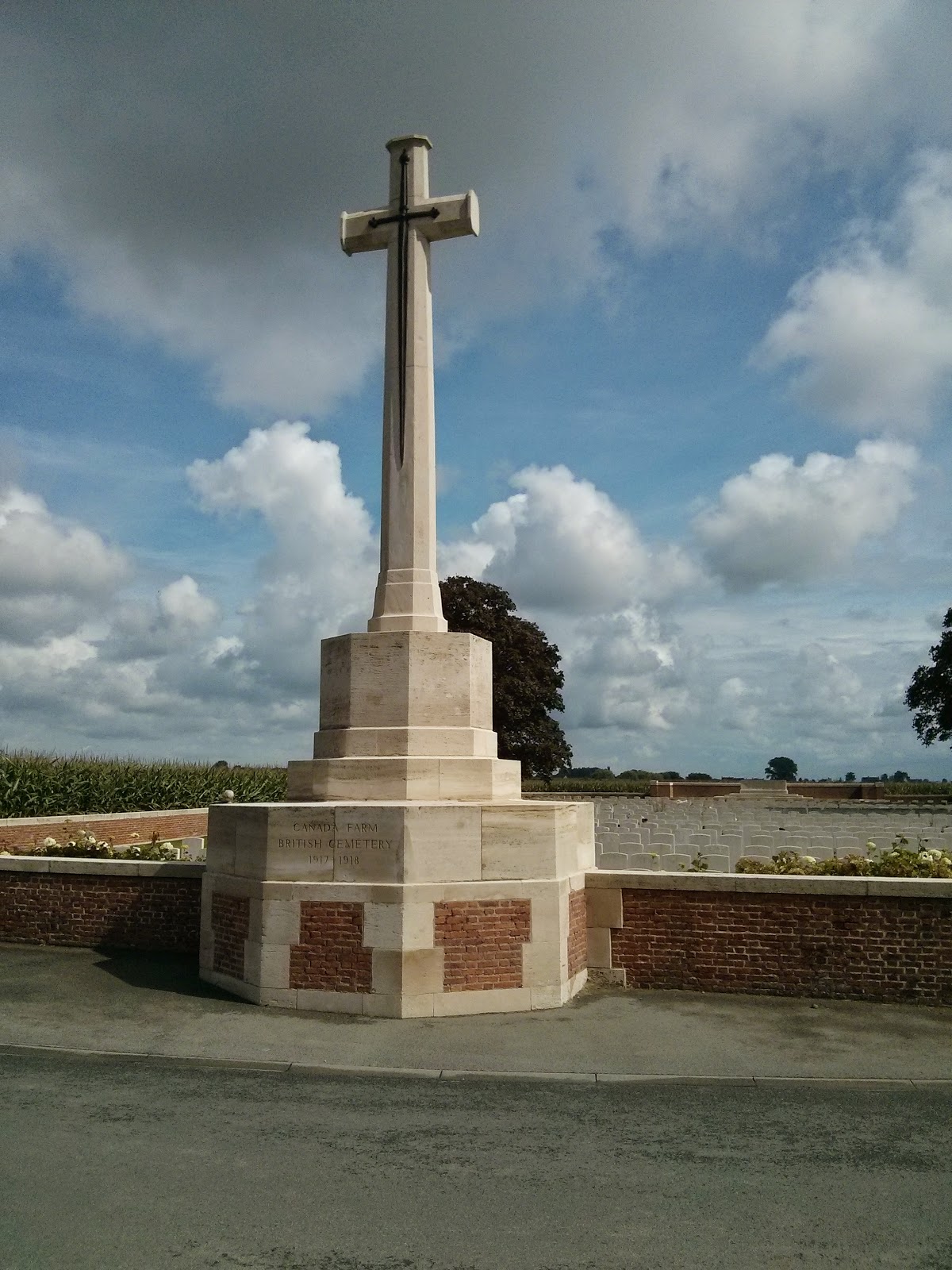 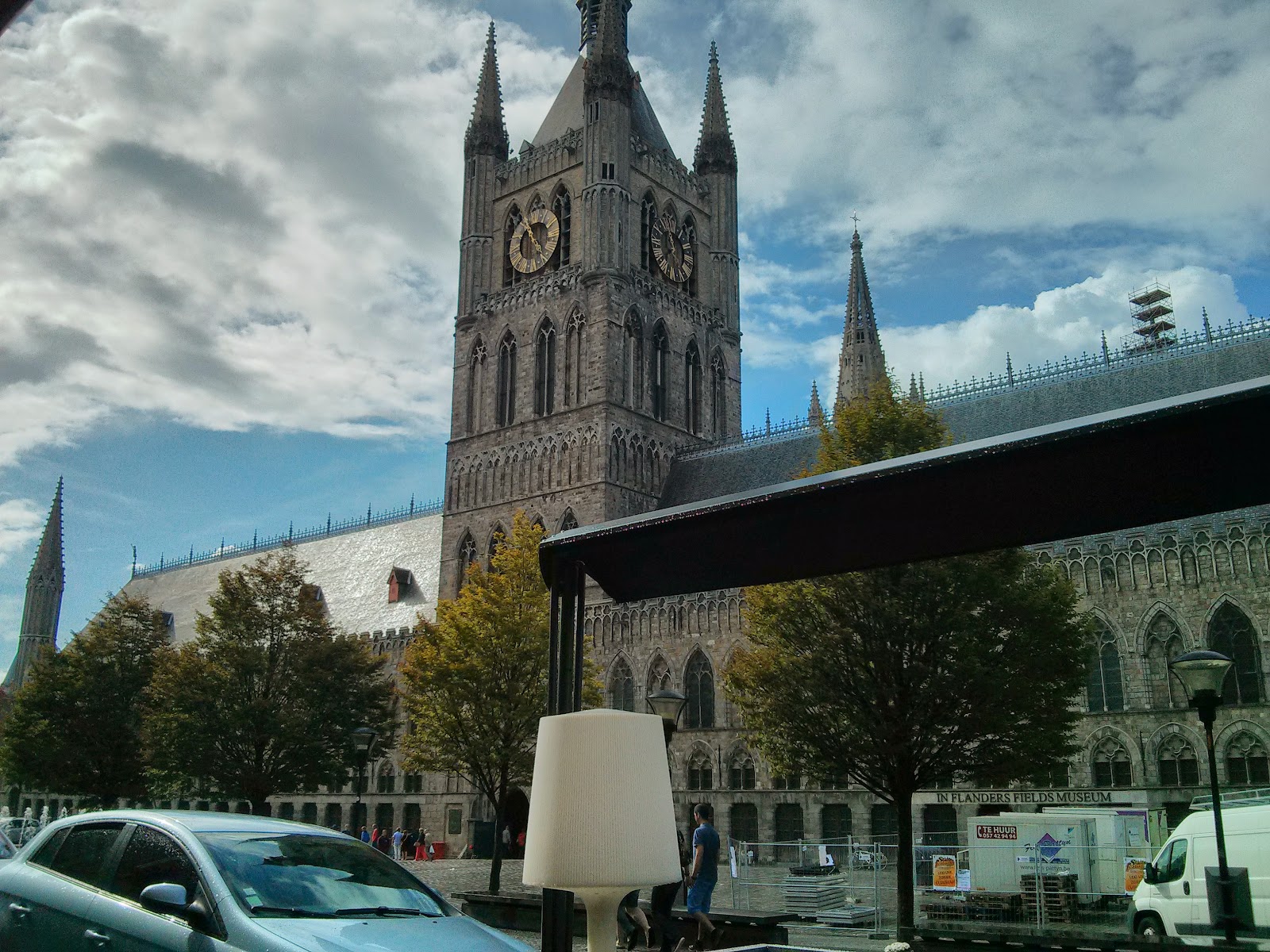 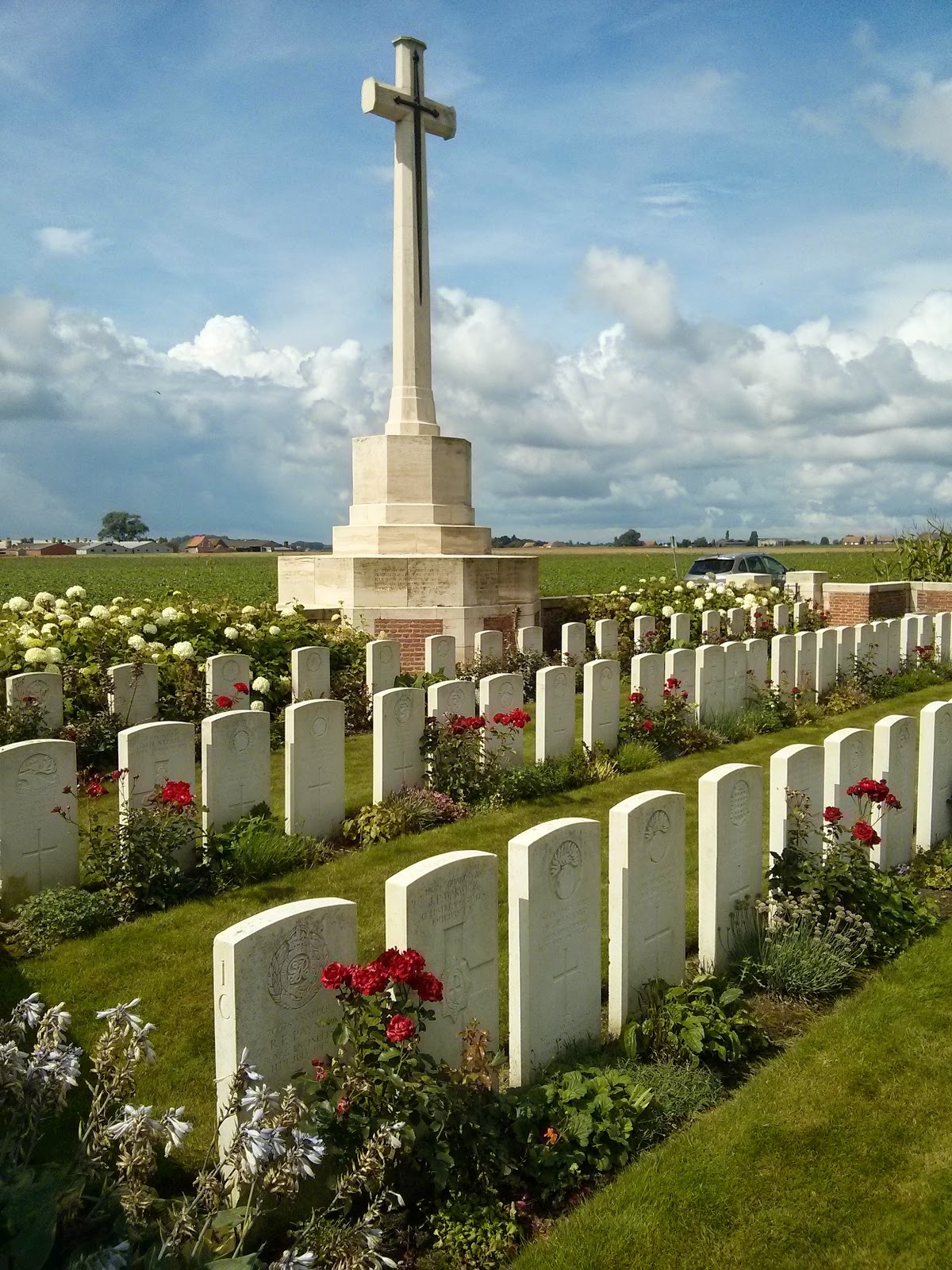 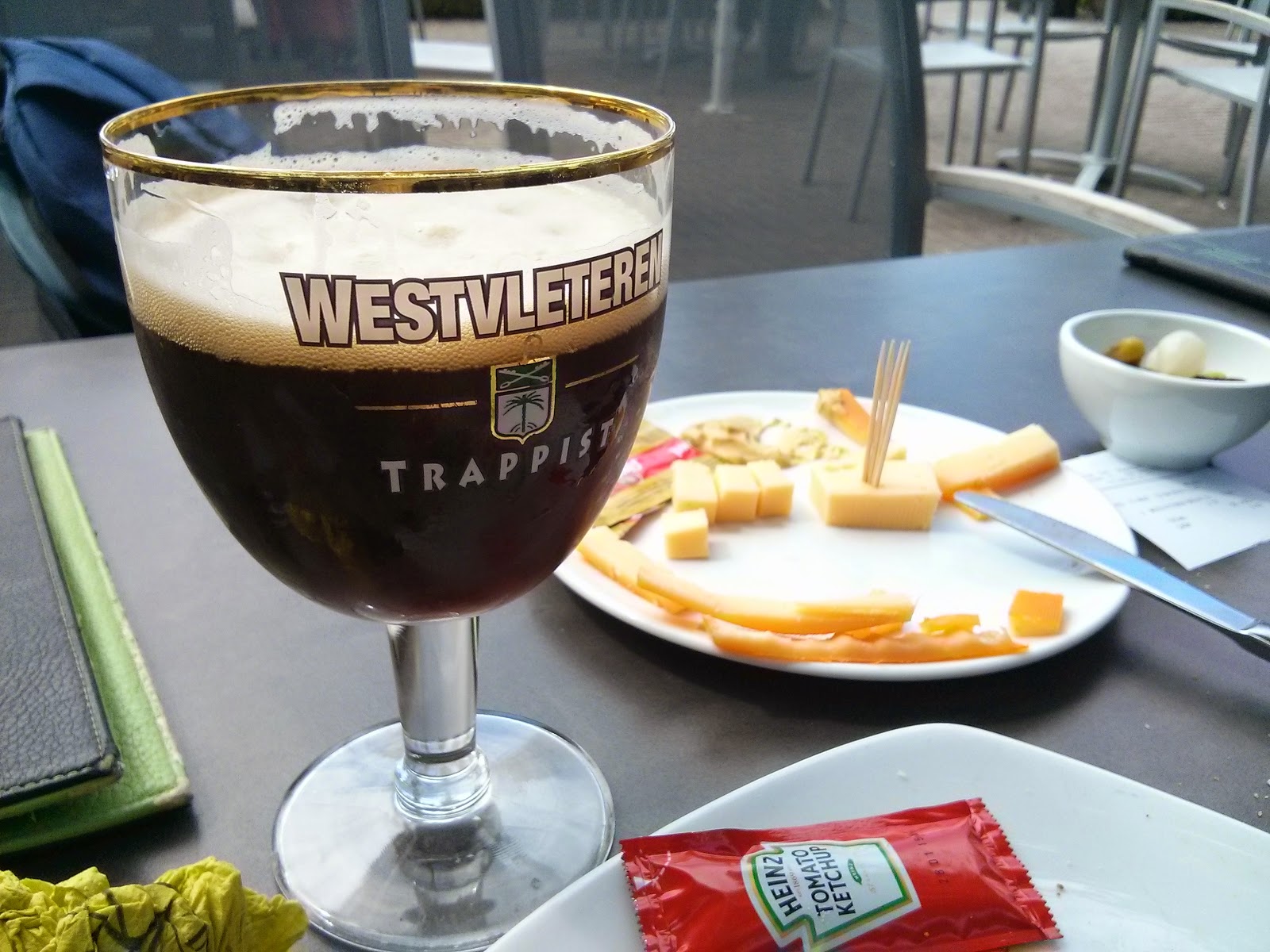 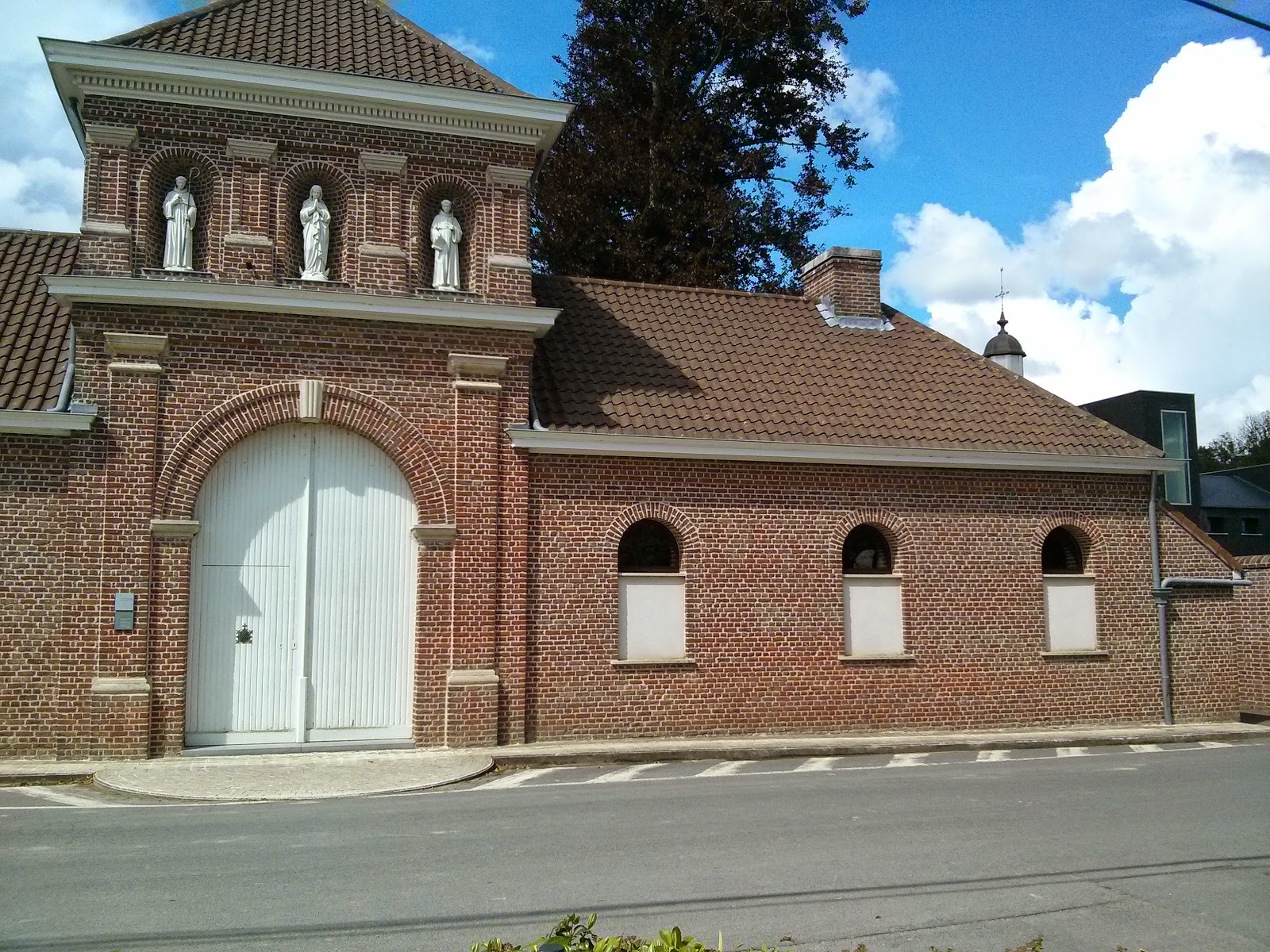 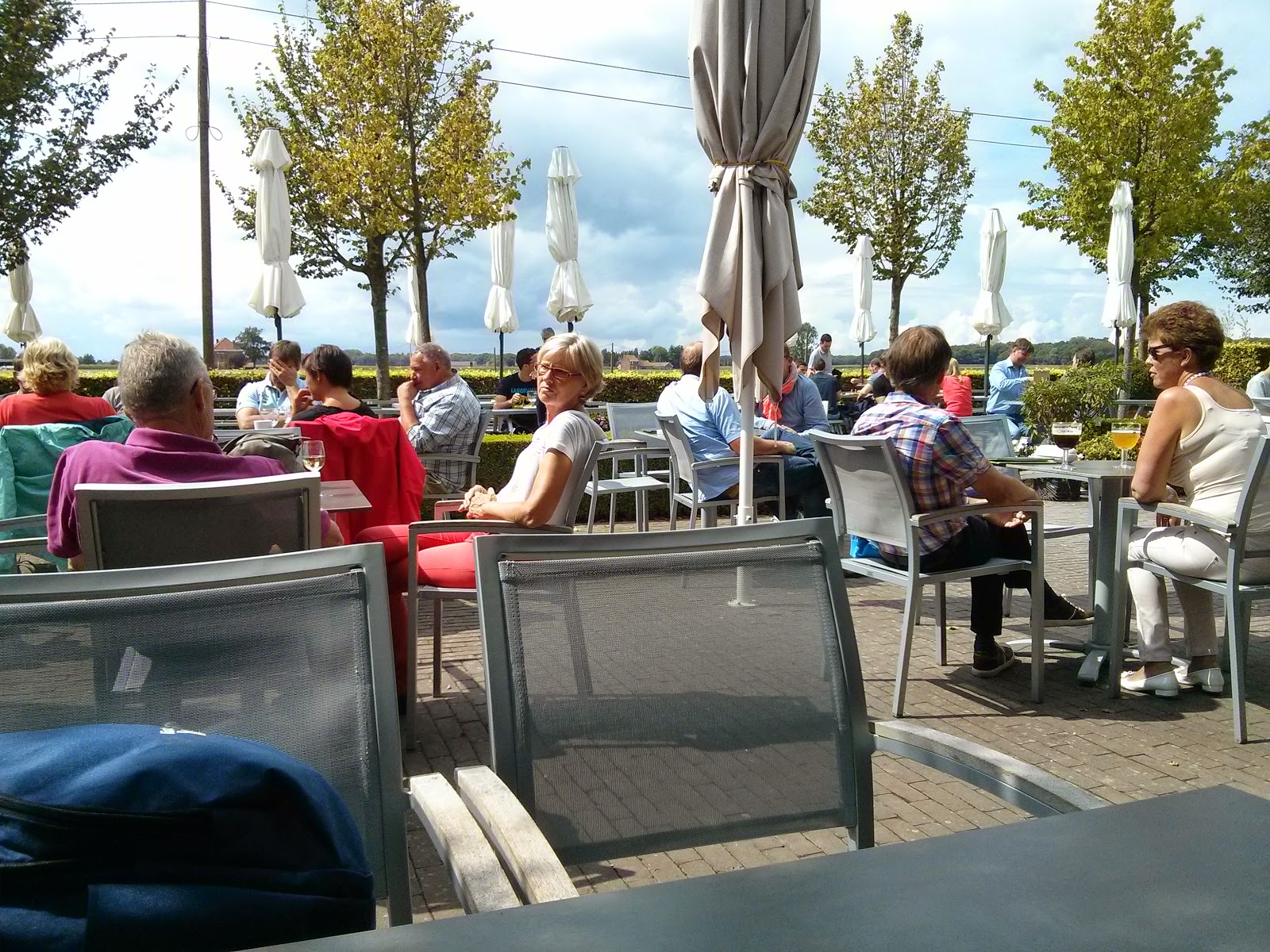 Sadly our trip was not without incident. About 1k from the brewery my friend's back tire blew out. We walked the rest of the way to the brewery, where we had a great meal and some great beer, but then we had to walk 5k to the town of Poperinge to take the train back to Ypres. Could have been worse, but could have been better too.